it wasn’t in the silence casted,

and staring down the sea,

its bottomless pit staring back

was the advent of a homecoming long awaited

there was no tragedy in skin trailing with saltwater,

or in the currents’ arms rushing out,

wrapping her in a long embrace

there was no tragedy in a body sinking, following through the force into a quicksand of a vortex underwater

or in her eyelids shutting willing into surrender

there were no recaps of her best moments much less her whole life flashing through her eyes,

not even a dying wish

returning safely into the ocean floor

or it was that, formality for a funeral years too late

she has long succumbed into the abyss

was the only thing afloat

once a lover friend daughter sister now no one, just a loss to mourn

-the tragedy was found on eyes fixated towards the ceiling, fluorescent lights staring down, mocking

and their supposed grief’s replaced by rejoicing in her wake 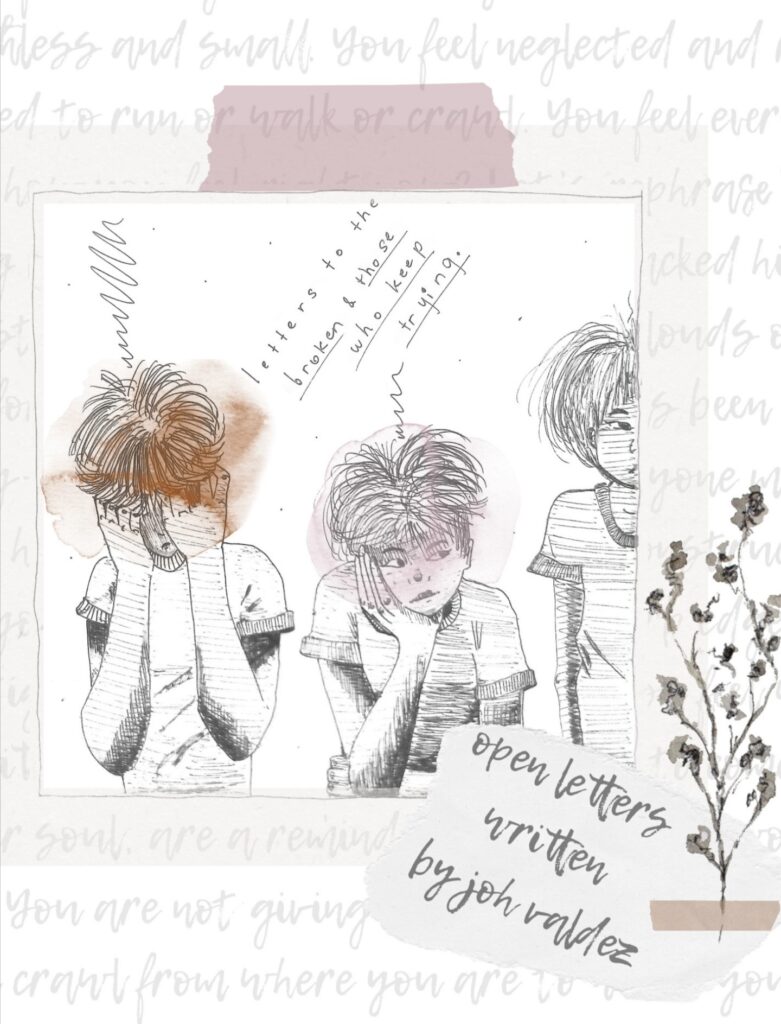