Originally posted 26 November, 2014 on Chino's blog, The Locovore. Reposted with permission from the author.

It sucks to be surrounded by normal people. Though, I have to admit, the “normalcy” that I’ve grown accustomed to isn’t quite what most people would expect. Over the years, I have inadvertently surrounded myself with people who have a knack for being intelligent overachievers. If my friends aren’t busy getting ready for post-graduate studies, they’re out in the professional world filling their portfolios with inhumane amounts brilliant work.

It’s shocking how every time I scroll through my many social media timelines, I see someone promoting an impeccably executed pet project. It runs the gamut from music videos to poetry chapbooks to editorial photo shoots. It seems that my social circle is composed of creative juggernauts that create content as if they were just exhaling, as if it were the most natural thing in the world.

I also understand the amount of work that goes into making everything seem so effortless. I see how much my friends dig for work and how much they push for everything to come together at the very last minute, not without flourish. I’ve seen people share article upon article about how young people need to keep on creating to be better, that we need to churn out content ceaselessly in order to hone our respective crafts. We must outdo ourselves everyday, lest we want to see our creative spirit snuffed in an instant.

Herein lies the problem. I have only recently come to terms with my being an adult with ADHD and it has become clear that the world I stand in does not want me to be what I am. That isn’t to say that I am bullied or hurt or outwardly told not to be anything. This exclusivism is more sinister because it comes in the guise of that glorious, luminous thing known as inspiration.

One would think that the creative industry would be perfect for someone with ADHD and, in a sense, it is. It’s a world that allows us to zoom in on things that we love and it lets us thrive on that. In the world of the creative, there are few schedules and obsession is considered a gift. Let us do what we want and leave us alone.

What I find problematic is how the creative space tells us to create non-stop. It is that one thing that every creative is told by their mentors: to never stop thinking and creating. It sounds awfully romantic, too. What person wouldn’t love to hear that the only way to become better is to keep doing what they love to do? We are told exactly that by speakers, writers, artists, and teachers who we adore and idolize. It is the gospel truth of creators everywhere, the last word in a world in a constant state of flux.

I have had to struggle with that incessant pull ever since I graduated. I’m a totally capable writer and artist, so why shouldn’t I dive into the ceaseless cycle of creation that all my peers have jumped into so fearlessly?

Over the last few months, I have been struggling to cope with crippling self-doubt, thinking that my inability to constantly create made me a failure. I was able to create things, but it was only when my ADHD-riddled mind allowed me to think in focus. No matter how much I pushed myself to make something, if my mind wasn’t in its sweet spot, I just couldn’t be bothered to even start.

I felt so much shame because I thought I was lazy and untalented, forgetting that I had an official, diagnosed mental disability. I felt terrible about myself and constantly felt that I needed to prove everyone wrong. Every time I flaked out of something or didn’t push through with an idea, I felt waves of shame come over me because I thought I wasn’t enough.

The thing with ADHD is that it is a disability that disguises itself as a series of abnormal quirks, as opposed to a full-on mental disability. My inability to focus and organize my life seems like a character trait that can easily be fixed but my idiosyncrasies go deeper than that. Solving my problems isn’t as easy as training me and telling me to “fix” my problems by “trying.”

In a conversation that I had with my mother about my fears and my disability, she told me a story about her sister Didi, who was born with Down syndrome.

“We all loved Didi for who she was. She didn’t have to be anything else because she loved everything and everyone without even trying. I don’t know if that had anything to do with her Down syndrome, but it was who she was. The thing is, you could tell that she was different just by looking at her. That’s the nature of her disability.

No one would have or should have expected her to act any different because you knew that she couldn’t. If someone would even stare at her, my brothers would be up in arms, ready to defend her. She didn’t have to be anyone but herself. But I remember seeing her, sometimes, just shifting in her seat in public, sitting up a bit, trying to be more like everyone else. It wasn’t natural for her, but she would try.

No matter how much we loved her for who she was, even she could tell she was different. Maybe she felt the same shame as you do, Chino. I understand, now.”

It was that moment of clarity that opened the floodgates and cleared my mind of whatever doubts I had. The problem did not lie exclusively with me. I finally understood that I do not need to hold myself to that standard that the creative world around me has set. People with disabilities should not feel shame for being unable to meet the lofty aspirations set by our well-meaning, over-achieving gods and idols. No matter how hard we try, there are certain things that we just cannot do and we should be okay with that. It’s embedded in who we are.

I do acknowledge that the status quo exists for a reason. Most people are capable of over-achieving and do need that extra push to keep on creating. The flux of inspiration should never stop, for the sake of everyone else.

However, what needs to happen is another paradigm shift. If the first shift involved the creative universe creating its own niche and developing its own versions of success, the second should demand for the demolition of any these standards. We need to be able to accept that we exist in a world of plurality and to insist that creation and improvement are the sole standards of success risks excluding a multitude of willing creatives with conditions such as mine.

So, if you ever feel like a failure because you can’t seem to keep up with everyone around you, know that what they make doesn’t matter. Maybe you’ll come up with something better tomorrow. 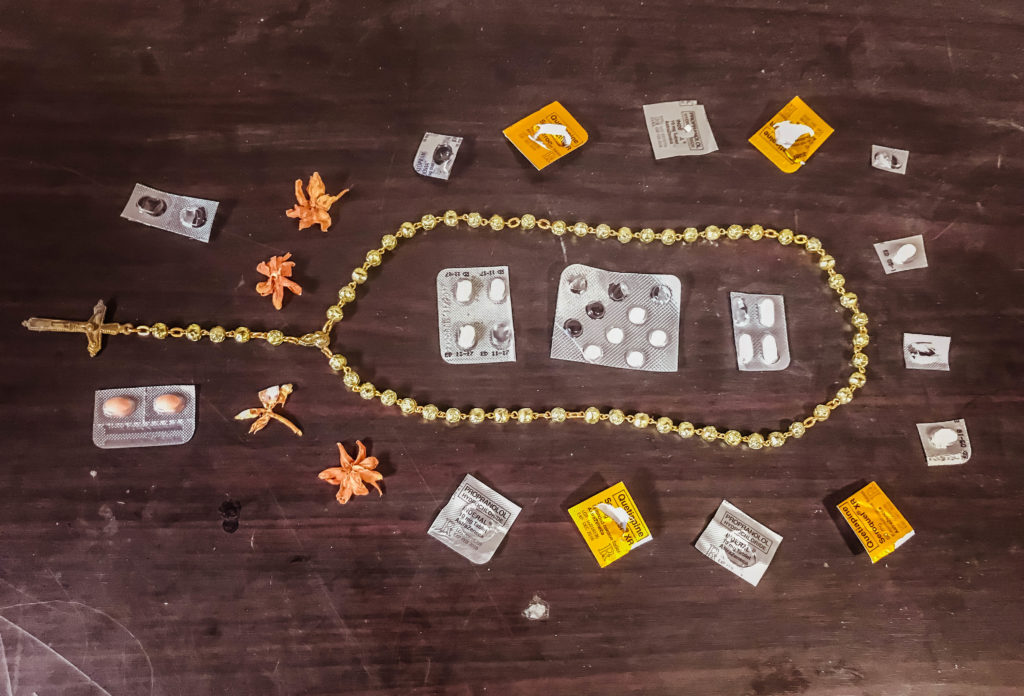 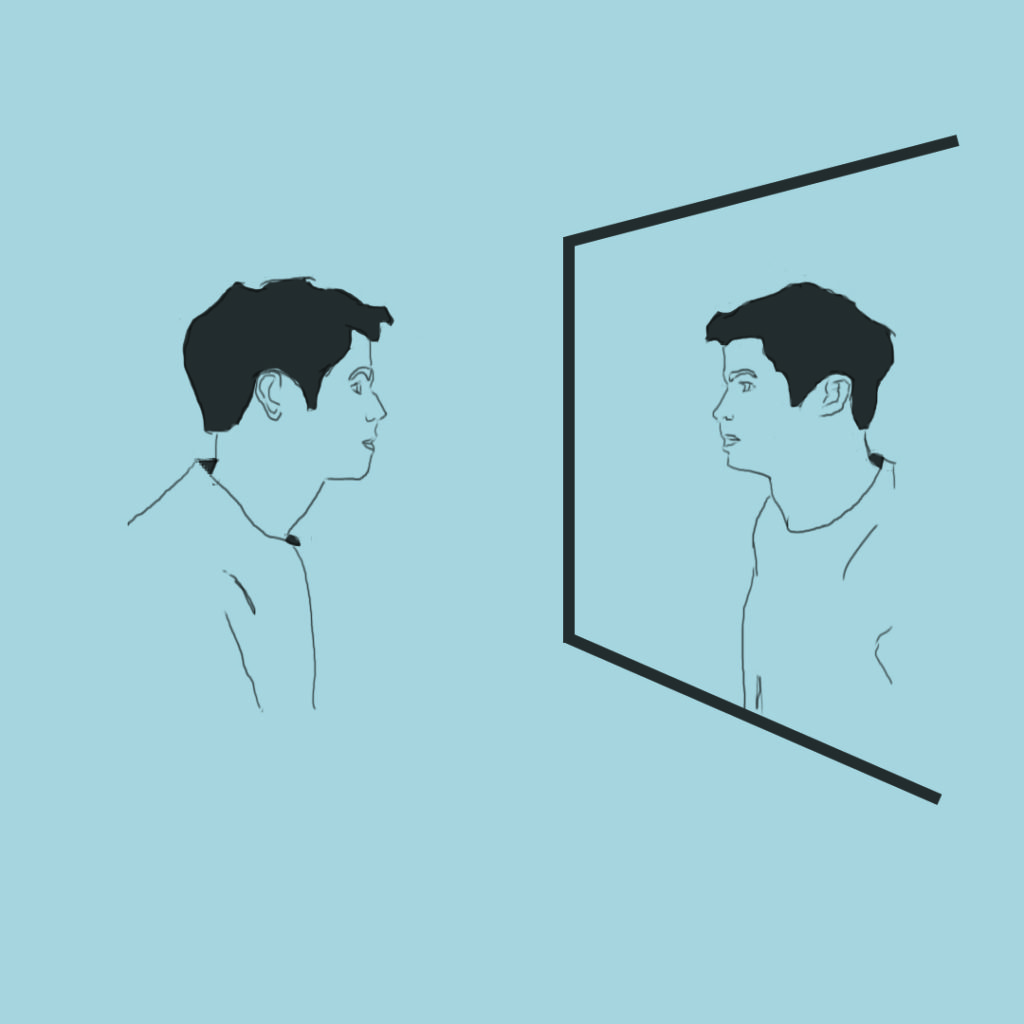